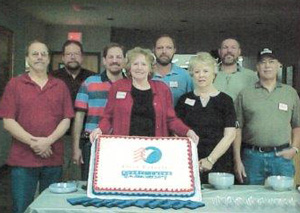 Credit unions are unique because they are member-owned and provide financial services to their members as financial cooperatives.  The oldest credit union can be traced to England in the early 19th century.  Several decades later, credit unions took hold in Germany organized by Herman Schulze-Delitzsch and Freidrich Raifferisen.  First, Schultze-Deiltzch formed a cooperatively-owned mill as a way for farmers to deal with the crop failure and famine of 1846, then in 1850, the first financial cooperative, the people’s bank, was formed.  Heddesdorf Credit Union was founded by Raifferisen in 1864 to help farms finance farming needs such as livestock, seed, and equipment.

Not until 1920 did the United States take to the idea of credit unions.  As modern conveniences like automobiles and such became available, people needed to borrow small amounts.  Banks weren’t interested in the small consumer loans, but credit unions were ideal places for meeting these needs.  Massachusetts chartered 19 new credit unions during 1920.  Edward Feline and Roy Bergengren were instrumental in the establishment of these Massachusetts credit unions.  A national system of credit union chartering and supervision was implemented in 1934 with the signing of the Federal Credit Union Act by President Roosevelt.

Today, First Priority Credit Union serves more than 1,500 members. Membership has expanded because of family membership and a merger of Abilene Telco FCU.  In 2017, we face constant challenges from new regulations and changes in technology.  As we have done since 1930, we are facing the challenges of the times head-on.  We are committed to give our members the best old-fashioned service by the most modern methods possible, but most of all we are committed to provide a safe place for members obtain financial service.

For more information about credit unions visit www.mycreditunion.gov and https://www.ncua.gov/About/Pages/history.aspx.

This site uses Akismet to reduce spam. Learn how your comment data is processed.